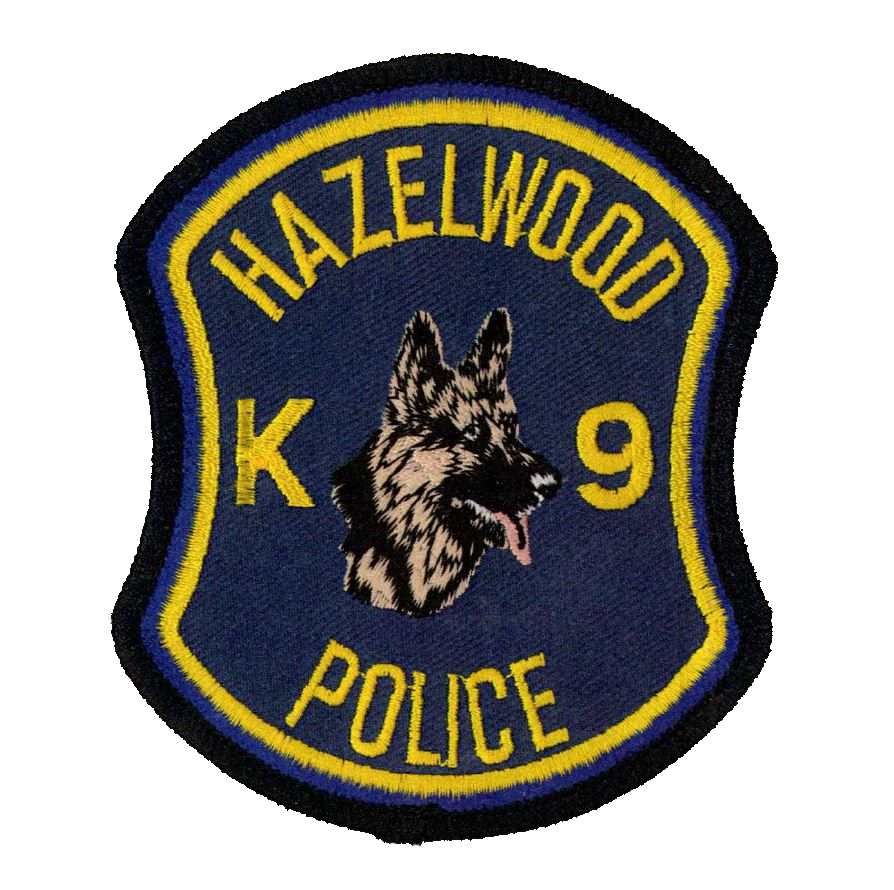 The Hazelwood Police Department’s K-9 Unit was started in 2000 with one K-9 team (PACO) assigned to the Neighborhood Patrol Group. The K-9 Unit was eventually expanded to two K-9 teams in 2006. Each K-9 team is scheduled to work a particular shift. The K-9 teams are a great asset to the Hazelwood Police Department, surrounding cities and the public in general. Besides performing normal police duties, the K-9 teams have performed many demonstrations for the children and adults of the City of Hazelwood.

The K-9 dogs are trained in tracking of criminals, as well as locating missing persons. They are also trained in the recovery of evidence, the searching of buildings, and the protection of their handler. Advanced training includes narcotic detection. The K-9 teams are assigned their own vehicles which are specially equipped for them. The officer and his K-9 partner live together at the officer’s residence and are on call 24 hours a day.